React Hooks are functions special types of functions that you can use in order to:

Besides built-in hooks, such as useState, useEffect, and useReducer, we can create custom hooks to easiliy share stateful logic across multiple components within the application.

For example, if we wanted to see if a certain component is currently being hovered, we can create and use a useHover hook.

We could just add this logic to the Listing component itself. However, in order to make the hover logic reusable throughout the application, it makes more sense to create its own hook for it.

Now that it's a hook, we can reuse the same logic throughout multiple components in our application. For example, if we also wnated to add the hover logic to the Image and Button component, we can simply use the hook within these functional components. 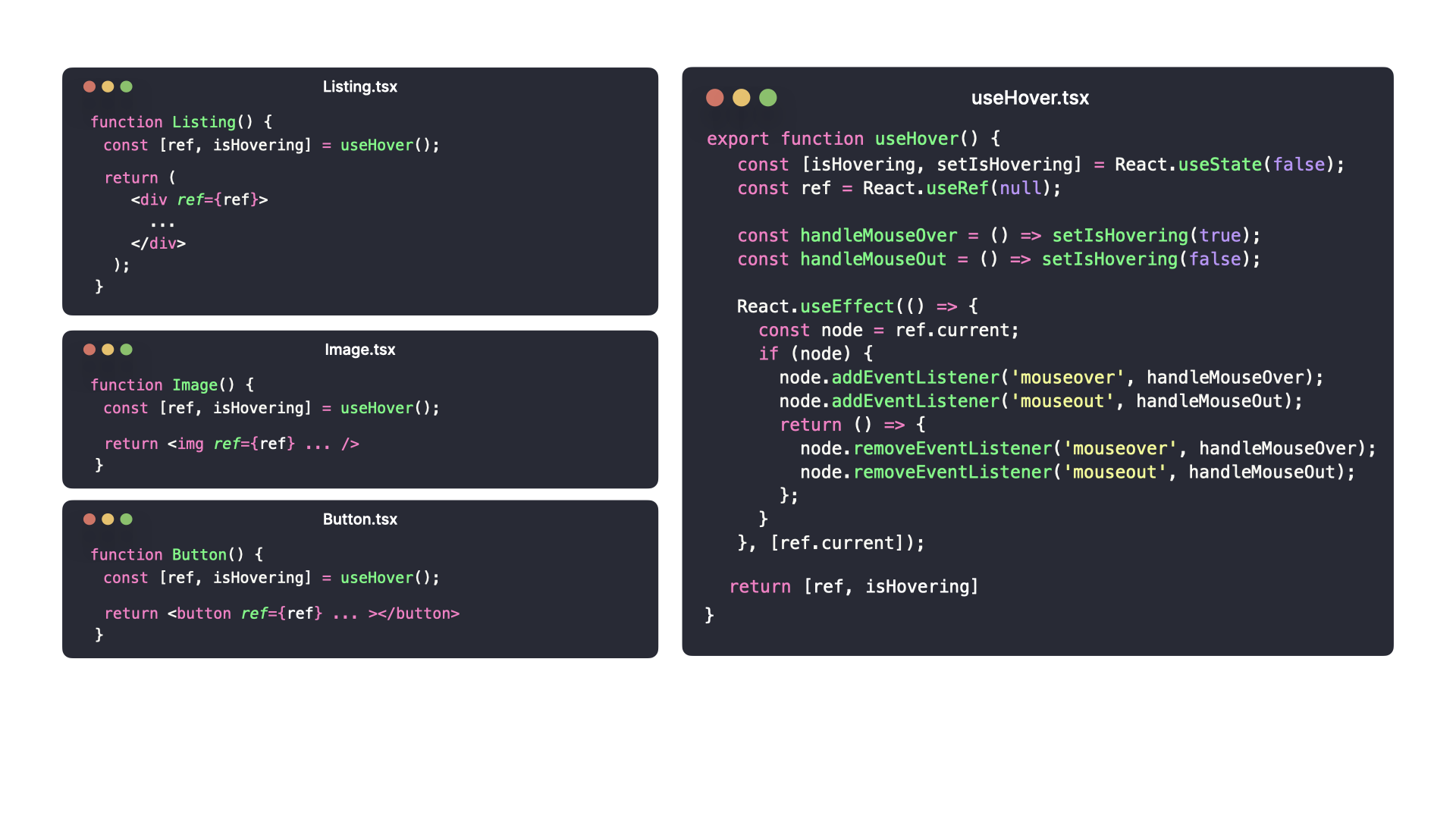 React knows a hook is a hook when the name starts with use. Since this hook keeps track of the hovering state, it makes sense to name it useHover.

Within this hook, we have to keep track of the hovering state by using three build-in hooks:

We can use this hook in any component that cares about the hovering state.

Reusing stateful logic: Hooks allow you to reuse stateful logic among multiple components across the application, which reduces the chances of errors, and allows for composition with plain functions.

Rules of Hooks: Hooks require certain rules to be followed. without a linter plugin, it is difficult to know which rule has been broken, and you can accidentally end up using the wrong built-in hook.

The code below is using the Container/Presentational pattern to display the listings. Refactor this code so that it uses a hook instead of a container component.